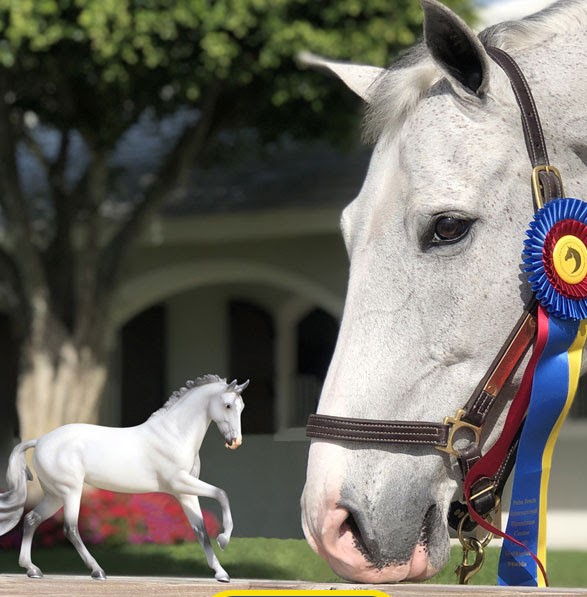 Breyer Animal Creations is always looking for new horses worthy of immortalizing with their very own model and the latest is a Holsteiner gelding named Catch Me.

Catch Me caught the eye of the Breyer team with his accomplishments. Every athlete has a story and “Snoopy,” as he is nick named, has one of his very own.

This beautiful gray gelding made a comeback from an illness with Botulism and in 2015 brought home several wins at Hampton Classic, Capital Challenge and Pennsylvania National Shows with his rider Scott Stewart.

Snoopy went on to capture championships at the Capital Challenge, Pennsylvania National, Washington International and CP National shows in 2016.

In 2016 and 2017, he was named National Show Hunter Hall of Fame Horse of the Year and he was inducted into the EQUUS Horse Stars Hall of Fame.

Catch Me is worthy of a spot on your shelf and a great model to add to your collection!