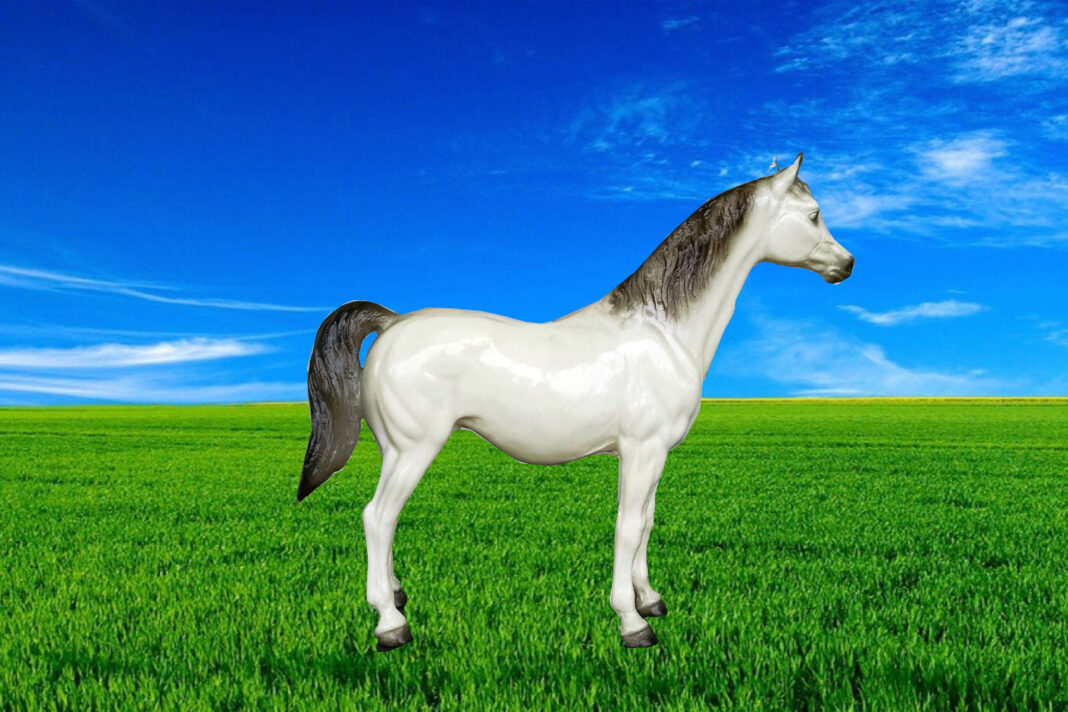 I think that it is safe to say that my fellow Breyer horse collectors would agree with me that the rarest collectible Breyer model is the In-Between Mare. Let’s nickname her IBM for short. One among highly collectible breyer horses.

In between the production of the Proud Arabian Mare (PAM) and the release of the Family Arabian Mare (FAM) there was a mold created by Breyer which is now known as the In Between Mare. This model was sold from 1959 until 1960 and then just vanished. She is similar to both of the other models, but she does possess some very distinct features of her own.

These unique features will help you in your search to distinguish if you have truly found the real IBM. The most noticeable of these is that the center of her tail is attached firmly to her right hind buttock. In contrast, the tail on the PAM model is attached to the left hock and the one on the FAM completely hangs free, unattached to anything. Another tell-tale sign that you may have the real deal is the stomach on the IBM mold is very pronounced. I call it a ‘pot belly!’ It’s a little funky looking and definitely a distinct feature to this model. The IBM model tends to lean to the left and she will have a round Breyer Molding Co. stamp on her body, usually on the upper, inside hind leg.

There are only a handful of these elusive models known to exist, but in the year 2020 Breyer “officially” released the mold when it appeared in the Vintage Collector’s Club in three color variations. She has been sleeping for 60 years! It is Breyer mold 8A for those of you who like mold numbers.

Despite the mold’s flaws, the IBM is a highly sought after model and would be a rare treasure indeed to add to any collection. Happy hunting!