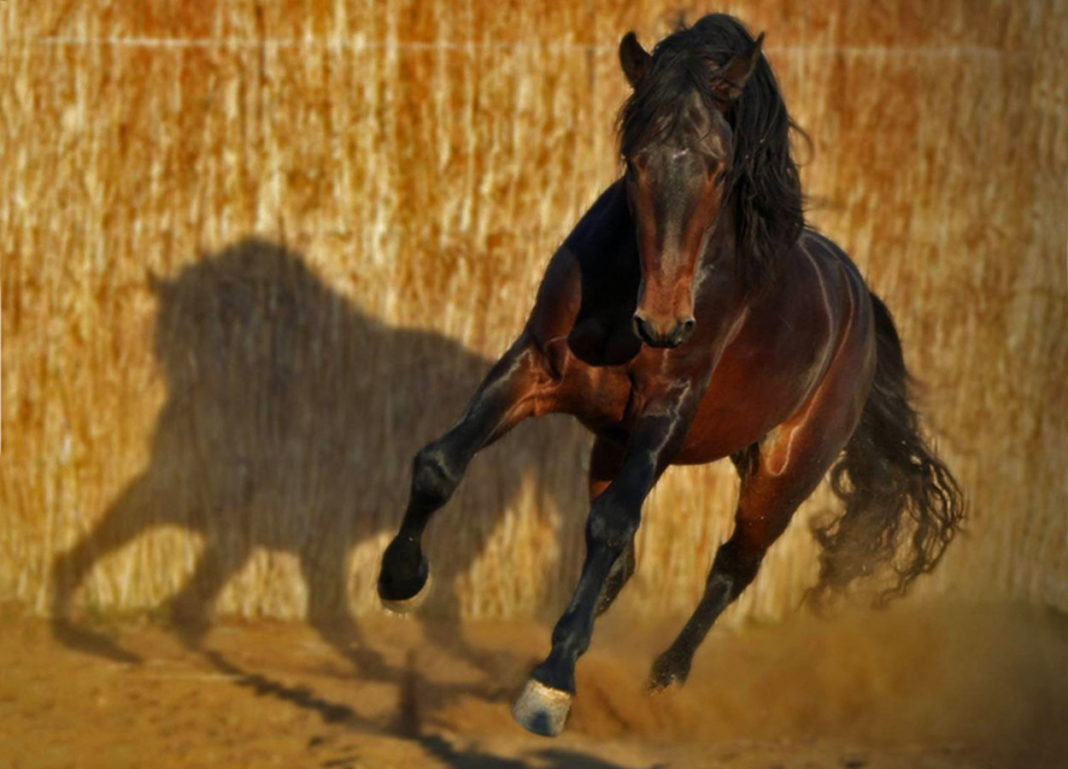 It has been said that no horses originated on the continent of Africa, but in reality there are actually six breeds that call South Africa their home. These breeds have never set foot outside of their country and only two of the six breeds are recognized internationally.

The ‘Kaapse Boerperd‘ (translated Cape Farm Horse) and the ‘ South African Boerperd,’ formerly known as the ‘Historiese Boerperd’ (translated Historical Farm Horse). The Boerperd is the oldest and most distinct South African breed, originating in 1653 when the Dutch East India Company first introduced horses to the country.

The very first stock came from Indonesia and was a cross between Arabians and Barbs. To this day, the softly curled thick mane of the Barb is still a mane (pun intended) feature of this breed. To further improve the breed, the bloodlines were mixed with Thoroughbreds. The Cape horse had endurance, spirit, kindness and heart. It could endure meager rations and grazing areas, was hardy and a comfortable ride. It was a beautiful animal, but unfortunately during the Anglo-Boer war, many were killed.

Clydesdales, Thoroughbreds and Hackneys were brought in to replenish the stock, but many breeders chose to keep the bloodlines pure and took their time rebuilding their herds. There are six different lines of Boerperd from six different herds that survived the war.

In 1948, the Boerperd Breeders Society was formed to resurrect the breed and maintain breed standards and increase their numbers. However, in the 1970s two separate breeders emerged: those who wanted to improve the breed and those who wanted to maintain the original breed. So, in 1980, two groups were formed. In the first group, nothing was added to the breed and these became know as SA Boerperd. In the second group, traits could be added to the breed, but none could be taken away. These are known as Kaapse Boerperd.

Another well-known breed derived from the Cape Horse is the Basuto Pony. They come from a small kingdom of Lesotho. The extremely harsh grazing conditions in Lesotho stunted their growth and made them a very hardy breed. Today these ponies measure about 14.2 hands and are famous for the pony treks they go on in the Lesotho kingdom.

The other two breeds that originated in South Africa are the Nooitgedacht Pony and the SA Vamplerd. The former originated from the Basuto Pony in the 1950s at Nooitgedacht Research Station, hence the name. The breed is sturdy, kind, attractive and five-gaited. It is used for polo, dressage, show jumping and hacking. It is a favorite with children. It is usually roan or light brown in color with dark points.

Developed in the Western Cape from a 19th century horse called the Hantam Horse, the SA Vamplerd is a cross between Thoroughbreds, Arabians and local Cape mares. Recently, Friesian, Oldenburg and Cleveland Bay stallions have been bred to Hantam mares. The resulting offspring have been high-stepping, graceful, good-natured horses used under saddle and in harness.