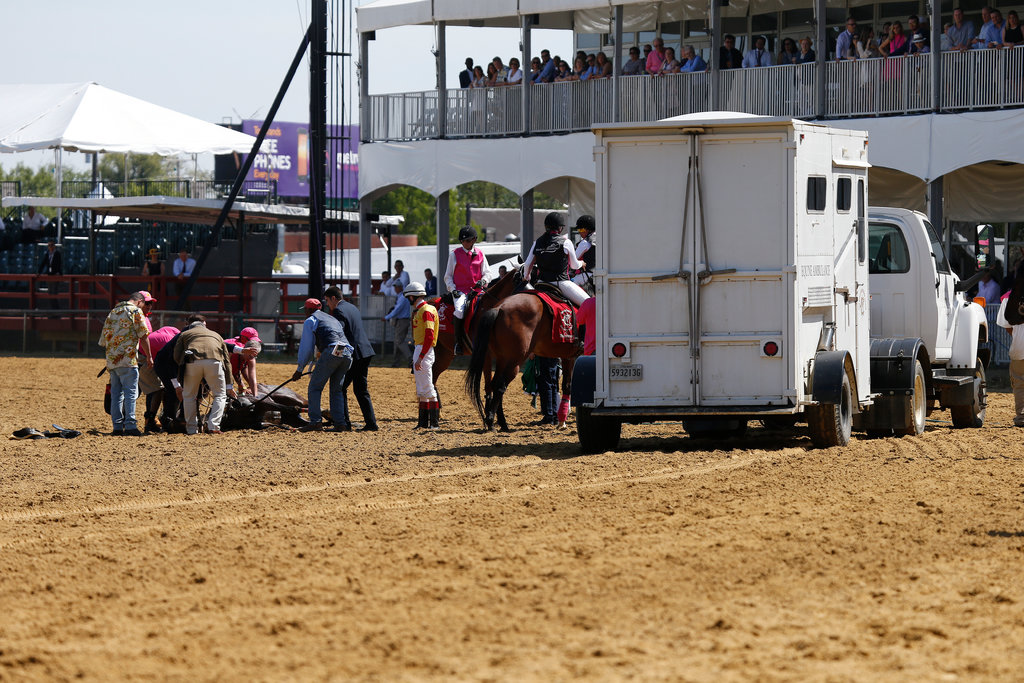 A fatal shoulder injury has resulted in the death of the 24th racehorse at the famed Santa Anita Park in California. The three-year-old horse, named Commander Coil, suffered the injury Friday in a gallop while training, according to a statement from Santa Anita Park’s owner, the Stronach Group.

Changes announced in the wake of the deaths of 22 horses
as the Spokesman, Tim Ritvo said, ” We have all been devastated by the last few weeks. It has made us all aware of changes that have to be made. California is ripe for change. Today we are announcing a complete transformation of our racetracks in California. These changes include a total ban of all medication on race day. Any Change is hard, but the love of the horse supersedes all else. We know firsthand that owners. trainers and jockeys love and care deeply for their horses. We, too, love the horses and we are making these changes to put the health and welfare of the horse and rider first. We are looking forward to working closely with the industry partners as these changes are implemented. It is important that everyone review these comprehensive changes. We will be answering follow-up questions at the a later date.”

“Equine shoulder injuries are rare, especially for a horse that is galloping as opposed to breezing or racing. A comprehensive evaluation will be completed to understand what might have caused this uncommon injury,” the statement read. “The Stronach Group remains committed to operating Santa Anita Park with stringent protocols that prioritize the health and safety of horses and riders first and foremost.” The park implemented reforms on March 15th, the group said, and since then there have been over 80,000 gallops in training with no other fatalities.

The park had closed for racing for three weeks in March after the deaths of 22 horses. Two days after racing resumed, an additional one died. Most people connected with the park believe rain from Southern California’s wettest winter in almost a decade has been a factor in the deaths. In March, the Los Angeles County district attorney’s office assigned investigators to look into the horse deaths.

Kathy Guillermo, PETA Senior Vice President, has called on Santa Anita to ban drugs for the horses and use a safer, synthetic track. She also called on California Governor, Gavin Newsom, to form an independent panel to investigate the training and veterinary practices used in California racing.