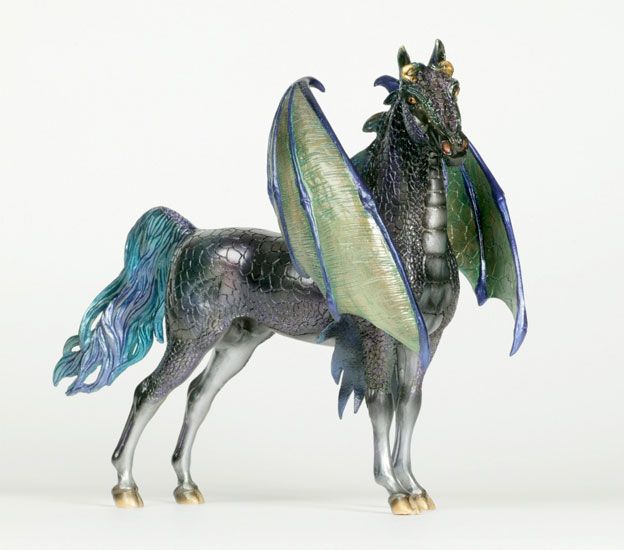 I suppose that in any passion or hobby we participate in, there is most likely a “Holy Grail” that exists. Well, I know that it definitely exists in the hobby of model horse collecting!

When I first started collecting as a very young girl at the age of 10, I was thrilled to play and look at my model horses. I had no rhyme or reason as to which model I would add to my collection next and I really didn’t care because I just loved all of the Breyer models in the flyers I received with each horse I bought. I would look through those little pamphlets and check off each model I owned and I would plan out which one I wanted to add next. I always thought that I could collect them all for each year, but that never happened. Can you imagine accomplishing that feat with all of the models that Breyer has, let alone the cost? My parents would have put an end to my collecting…haha!

As I grew older and more knowledgeable in collecting, I began to notice that some horses were more desirable than others. It wasn’t until my first Breyerfest in 2008, however, that I learned about the “Holy Grail.”

When I first heard the term used, I wondered if it was the name of a Breyer model that somehow I had missed hearing about. I then discovered that all model horse enthusiasts have a Holy Grail and that it is different for everyone because it simply refers to the model that a particular collector is looking to add to their herd.

I thought about what my Holy Grail model would be. It changes all of the time depending on what I am hunting for, but I think my ultimate Holy Grail is Merlin, the dragon horse on the Saddlebred model! What’s your Holy Grail??? Happy hunting!