Home Horse The Stages Through the Ages 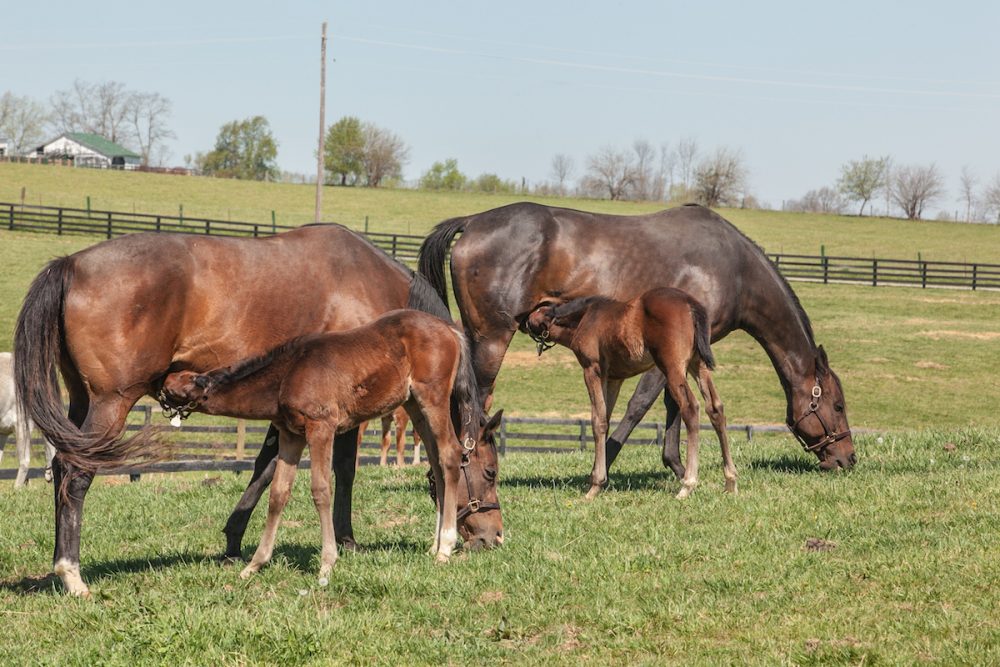 The average lifespan of a horse is 25-30 years. A horse becomes an adult at the age of five. They mature faster than humans, however, like humans, their early stages of life go through several developmental phases.

From birth to one year of age, a horse is called a foal. Foals stay close to their mothers or dams as they are properly called and nurse for the first four to six months before being weaned. Once weaned, they are sometimes referred to as weanlings (ususally age six months to one year).

They become yearlings from age one to two during which they learn the basic skills of being haltered, standing for grooming, getting along with others and just being handled by humans in general.

From ages two to four, male horses are called colts and females are called fillies. It is at this stage that they undergo their training to be ridden. By the time age five is reached, a horse has reached its full size and weight.