Home Breeds In the Spotlight Continued… 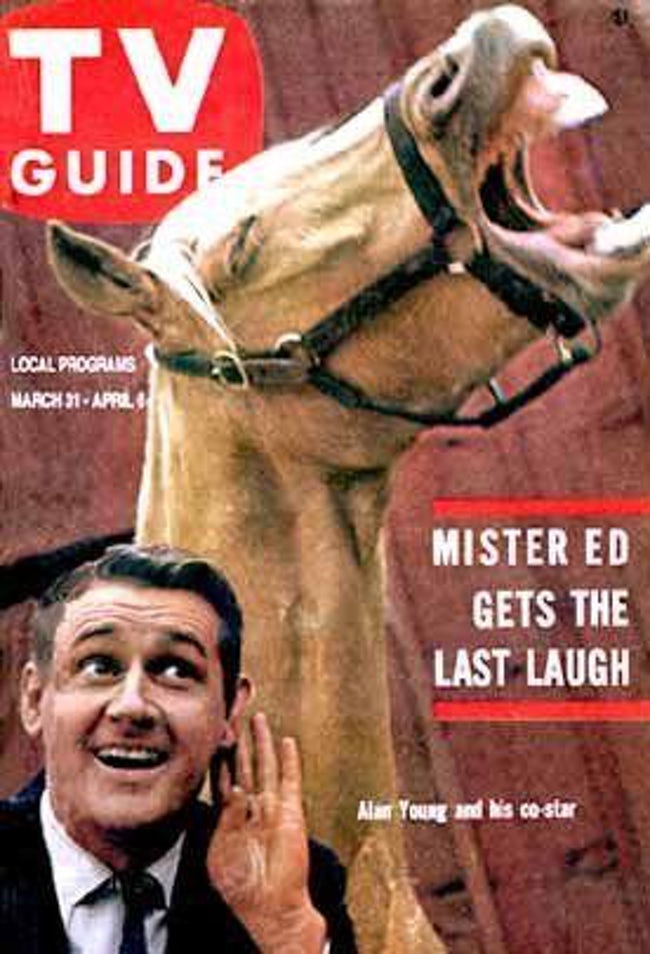 In yesterday’s blog, we featured Trigger. Today let’s talk about another famous palomino, Mr. Ed, The Talking Horse. Bamboo Harvester, aka Mr. Ed. was born in 1949 to two prized show horses in the San Fernando Valley, CA. He was a beautiful and energetic horse who captured the eye of many and won shows and awards before taking on his most notable role as the “talking horse.”

The show first aired in 1958 and went through to 1966. Bamboo Harvester only missed one day of shooting in all that time. He usually only required one take for his role, where his human counterparts were always messing things up.

Known to be quite the Diva, Mr. Ed, would walk off the set when ever he felt he had enough filming for the day. He also demanded bowls of blue m&ms, gallons of sweet tea and 20 lbs of hay each day!

So, you are wondering how they got him to “talk?” For years everyone thought it was peanut butter in his mouth that made him move his lips at just the right time. Wrong! His trainer, Hilton, used string hidden by his halter to move his lips. Eventually, Mr. Ed learned to move his lips by having his hoof touched by his trainer, who had to be on set for every episode.

He was awarded the PATSY Award four years in a row. These are given to honor animal performers in the entertainment world. PATSY stands for Performing Animal Top Star of the Year.

For reasons unknown, when the show first started, no one was interested in a talking horse and the pilot episode was financed by comedian George Burns for $70,000. After the first 26 episodes, it became such a hit, it was bought by CBS.

His death has been shrouded with mystery. One rumor says he died from a tranquilizer in his Burbank, CA stable. Another says he was euthanized at his farm home in Oklahoma. Either way, he passed away shortly after the series ended in 1970.

Even if you are too young to remember Mr. Ed, you’ve probably heard the theme song…”A horse is a horse of course of course…”being hummed on the lips of those from the 1960s. Did I just date myself? Happy listening!