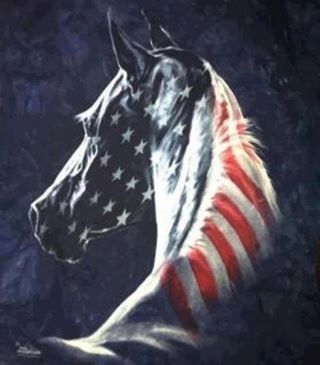 What does the 4th of July and horses have in common? Well, they both have stars and stripes, of course! How is that possible you ask? Let’s take a look.

The markings on a horse’s face are usually described based on location and shape. Since they are often mentioned when describing our equine friends, it’s good to know them.

Additional terms used to describe facial markings in even more detail include the following:

One unusual marking that should be mentioned is the Badger face, in which the marking is colored instead of white leaving small, thin strips of white that go down each side of the face and sometimes across the forehead. The markings actually resemble the white and colored stripes on the face of a badger, hence the name.

It could be said that facial markings on horses could be as countless as the stars in the sky and each is unique in it’s own way. Treat your horse to a striped star mint and have a happy and safe 4th of July. Enjoy the stars and stripes forever. God bless America!