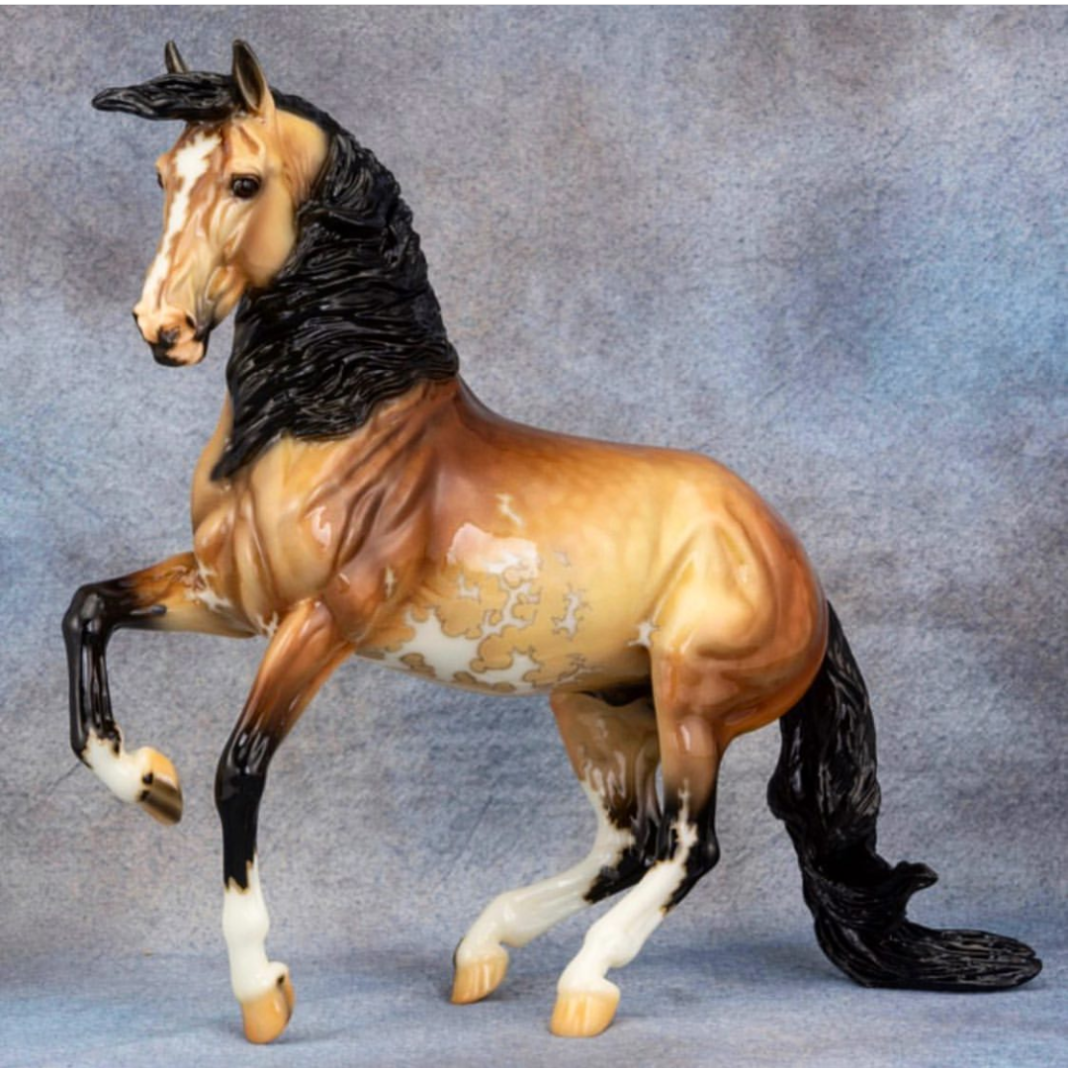 The 30th Anniversary celebration for Breyerfest will go down in history as having left many marks upon people’s hearts and Breyer’s record books.  This was the biggest event ever with over 30,000 fans in attendance, yet everything was so organized that it flowed seamlessly and you didn’t feel the crowd.

Besides the record-breaking heat of the days, another record was set when a one-of-a-kind (OOAK) auction model of Alborozo fetched a whopping $22,000!  That’s not the craziest part, though.  The same model set a previous record when he debuted in 2008 and was sold for $13,500 to, get this…the same bidder!  Needless to say, the winning bidder is now the proud owner of two fantastic models and the charities that receive the auction money benefited greatly this year.  Many of the OOAK auctions models sold upwards of $2,500, making for an exciting evening.

The Friday and Saturday night performances were off the charts this year.  Personally, they were the best shows I have seen in my eleven years of attending Breyerfest.  The opening act featured the Royal Canadian Mounted Police (RCMP) on their gorgeous, black Hanoverian horses.  It was simply stunning.  I was impressed, as were many other people I spoke with, at the manner in which human acts were intermingled with the horse acts.  The entire show was executed perfectly.

Breyer managed to create a serious frenzy with the Special Run models by mixing things up with glossies, color variations and mane styles (braided versus natural mane on the model called Diana).  For the 3 day ticket holders, we are used to the surprise model having color and finish variations, but this year, the other models had variations, too, making it exciting and frustrating to us collectors at the same time!  There was a lot of trading, buying and selling going on in the pasture outside of the SR tent. I can say this is the first year I did not get the model I wanted  I had 5 chances to get Banner, but he was sold out each time before I could get him….so sad.  I wish Breyer had made more of him.  I will just have to search for him on the auction site!

Overall, it was a fantastic weekend and Breyer really stepped up their game to make it a special time that everyone will remember.