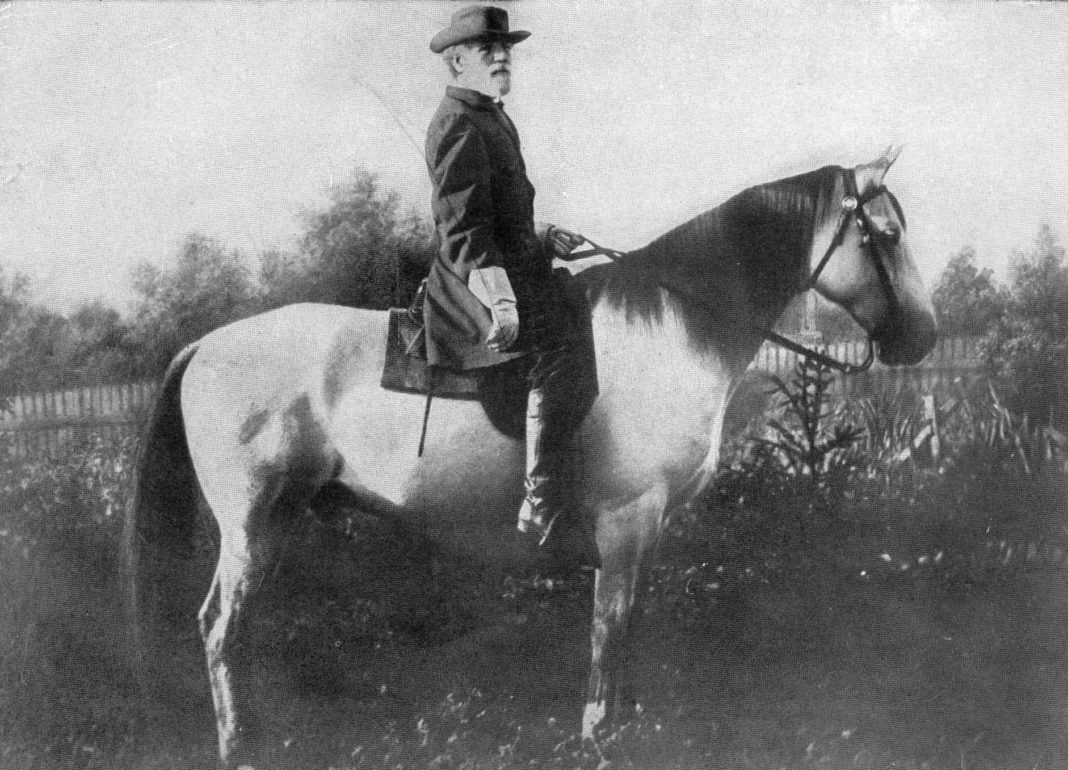 If you read the blog about Horse Heroes – Part II, then you got the chance to meet the Korean War hero, Sgt. Reckless. Today you get to meet a tall, ghostly colored steed named Traveller.

General Robert E. Lee led the Confederate Army in the Civil War. He wanted a dependable horse with plenty of stamina. He went through three other mounts before finally being able to purchase a gray gelding named Greenbrier at the time. He had gotten his name after he had won several ribbons at the Greenbrier County Fair in West Virginia. Greenbrier stood about 16 hands high and was an American Saddlebred.

General Lee purchased Greenbrier from Capt. Broun for $200 in 1864. The General loved his strength and his fast walk. Greenbrier was always eager to move out and because of this trait, the General renamed him Traveller. His trot was on the rough side, but to the General, it was perfect.

General Lee rode Traveller a great deal after the war. Every week he would make the 11 mile, one-way trip to go see the General’s invalid wife in Blue Sulphur Springs. His longest journey was 110 miles from Richmond to Lexington where the General assumed the presidency of Washington and Lee College.

In the fall of 1870, the General suffered a fatal heart attack and very shortly thereafter, Traveller stepped on a rusty nail, contracted Tetanus, which there was no cure for at the time, and was shot to end his suffering.

Breyer has honored Traveller with his very own model so people may know his story and remember that in war many partnerships are invaluable.