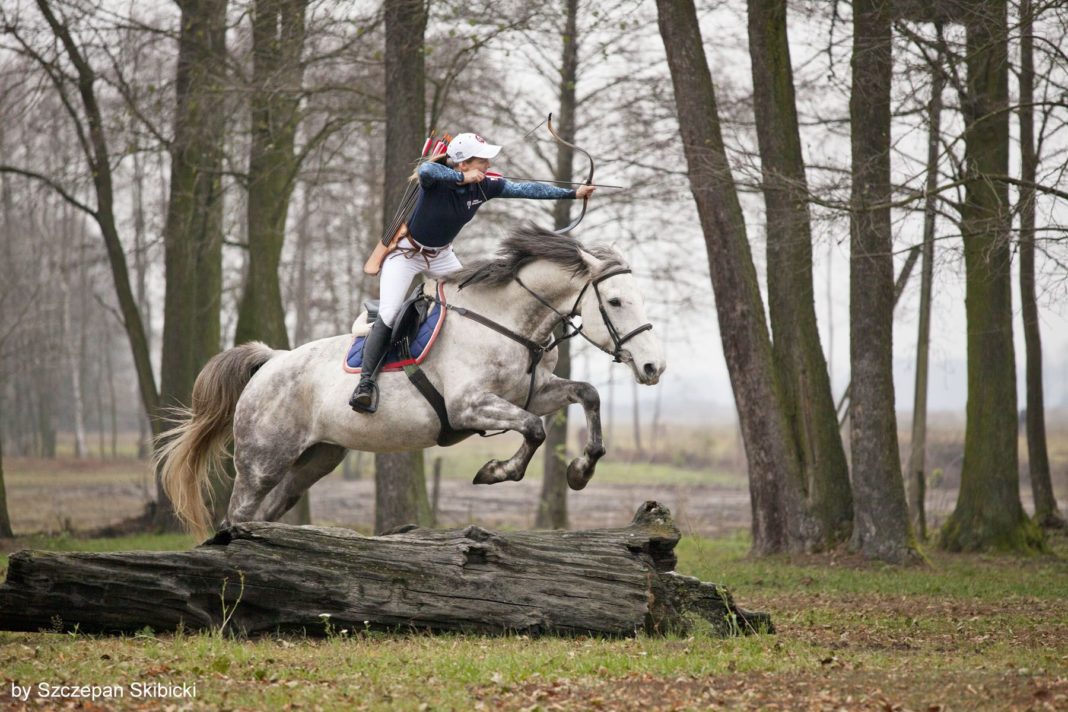 Visions of speed, agility and strength fill your mind when you simply hear the words ‘mounted archery.’ You might even conjure up Robin Hood riding through Sherwood Forest at full gallop while he grabs a bow from his quiver, no hands on the reins, and takes aim at the “bad guys” hiding behind the trees. It’s definitely a breath taking sport!

Mounted archery first appeared around 1200-1000BC when it replaced the chariots of the Bronze Age, but it wasn’t a sport as much as a battle tactic. Back then there were two types of Archers: Light and Heavy. The Light Archers moved swiftly on their horses and fired at will in an effort to harass and antagonize the enemy. Heavy Archers would fire 6 or 7 times in a row then advance upon the enemy with their lances and spears.

In the 16th Century, mounted archery was replaced with the invention of firearms and it became a way of the past. However, today, it has made a comeback as a recreational and competitive sport. Simply put, it is archery from horseback or any other animal one can mount. What was once used in hunting and on the battlefield has now become a fun and exciting sport with mounted schools in Mongolia, Japan and Hungary.

Emil Eriksson, known as Northland’s Mounted Archer, became known through his You Tube videos and Katie Stearns, known as the Flying Duchess, conducts clinics and gives lessons on her ranch in Arlington, Washington. Mounted archery has played a part in movies, too. You have seen it in The Lone Ranger, Braveheart, Brave, King Arthur and Lord of the Rings just to name a few.

If you are interested in mounted archery, you will need a few pieces of equipment, the most important being a horse. In this sport, the breed doesn’t matter as much as a horse with a calm temperament and a nice, smooth canter does. A bow, arrows and a quiver come next along with a thumb ring to keep from getting a sore thumb while you are shooting. Clothing just needs to be comfortable and flexible, allowing for a wide range of motion while riding and shooting.

Perhaps this blog has sparked your curiosity. If you are interested in pursuing the sport or getting more information, you can contact the following associations: