Home Breeds Top O’ the Morning to Ya! And the Breyerfest 2020 Celebration Horse... 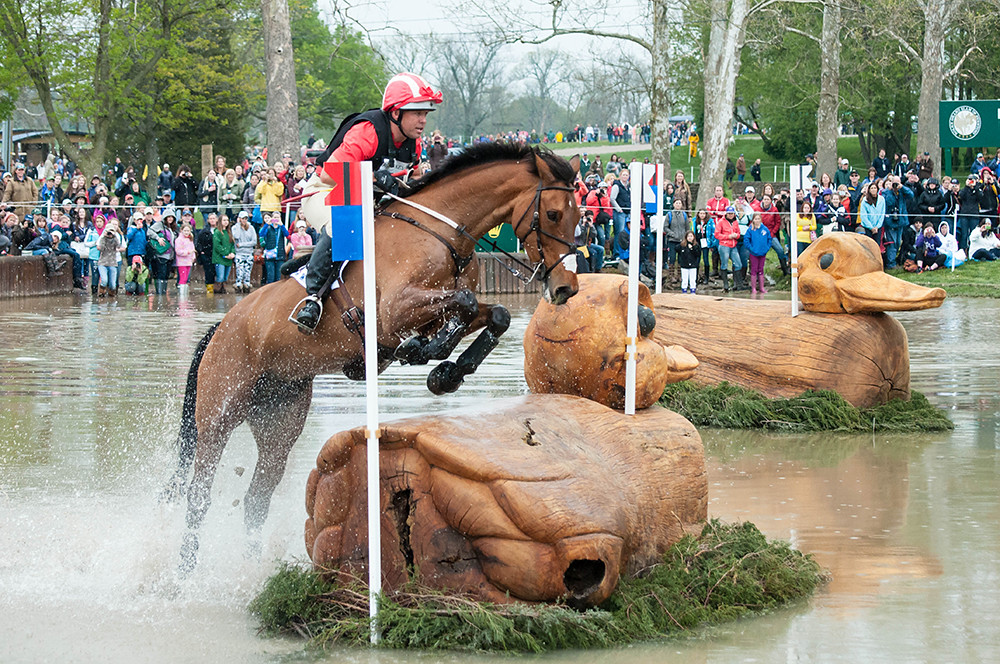 This year’s Breyerfest will mark the company’s 70th anniversary and the 31st Breyerfest celebration. The theme is Celtic Fling and will honor many of the breeds that make up the unique isles of Britain, Wales, Ireland, Scotland and more.

So, who better than Ballynoe Castle RM to be this year’s Breyerfest celebration horse? Affectionately known around the barn as “Reggie,” this beautiful Irish Sport Horse is best known for becoming the United States Eventing Association’s (USEA) highest scoring horse of all time in 2014. This three-day eventer not only competes in dressage, jumping and cross country, but his record of 1600 points still remains undefeated today!

For the first time ever, the Show Jumping Warmblood, mold #579, will be used to represent this magnificent athlete. He is done in a lightly shaded bay with one white sock and small white star to capture the real spirit of Reggie.

Reggie’s trainer and rider, Buck Davidson, is the son of Bruce Davidson, who, oddly enough, happened to be the rider of the very first Breyerfest Celebration Horse, Dr Peaches!

Together, Buck and Reggie have enjoyed a long career, which included six CCI4* competitions, a strong CIC3* record that included winning the CCI3* at Jersey Fresh, being named the 2013 Rolex 4* National Champion, and representing the USA at the 2010 and 2014 World Equestrian Games. In 2011, he won the USEA’s Horse of the Year award and was the Best Conditioned Horse at the 2014 Rolex. At the 2017 Rolex Kentucky Three-Day Event, he was retired and is now spending his days in New Jersey at his owner’s home, Carl and Cassie Segal.

Stay tuned as we unveil all of the Breyerfest 2020 details!