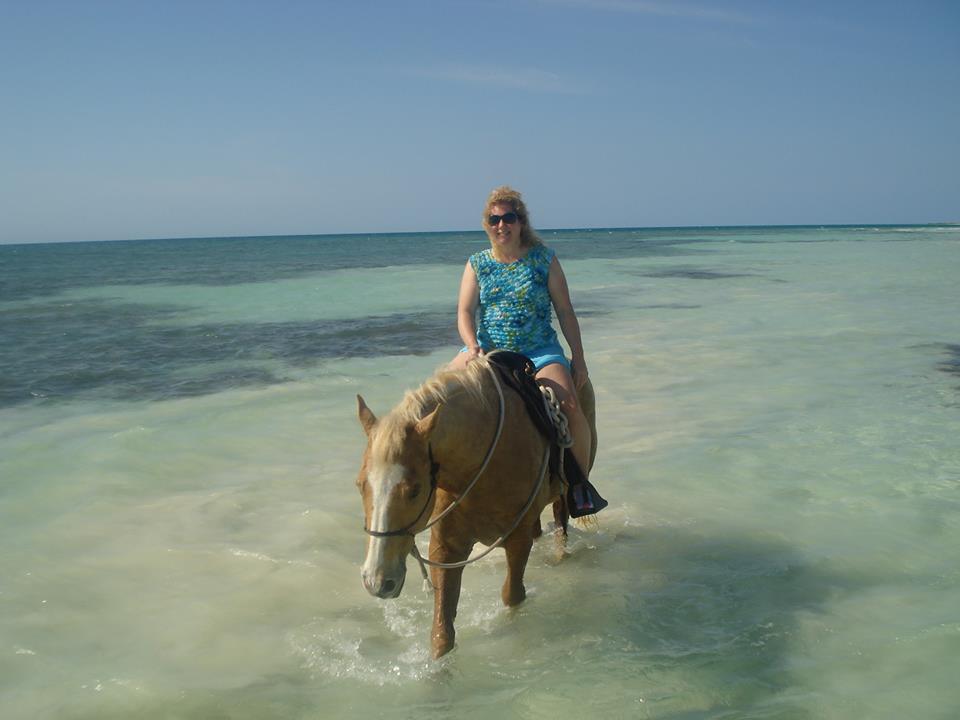 I remember it so well…I guess when you are a true Breyer collector you never forget your very first model.  The year was 1975 and it was my 10th birthday.  I opened my presents and one of them was a beautiful glossy dapple gray horse from Breyer.  He had a yellow straw hat on his head with two holes cut out for his ears.  He wore a brown harness and halter with blinders and I loved his cocked hind foot, like he was resting after a long, hard day of pulling a cart through the streets of some bustling city.  He was Breyer model #205, known as Old Timer.

Beginning of a hobby

That was the beginning of a hobby I would do for life.  I removed him from his packaging and for one full week I slept holding him every night, carefully.  After that, even as a ten year old, I put him up on a shelf and never played with him.  I was going to keep him in great condition. My next model came at Christmas time that year.  He was the stately, elegant and very beautiful red horse known as Man-O-War.  I did the same with him…for one week he slept in my arms and then he was put up on the shelf next to Old Timer.  I continued this pattern for each Breyer horse I received until I was about 16 years old.  Then I just put them up on the shelf.  It’s not easy sleeping with a plastic horse in your arms versus a cuddly stuffed animal!

I was officially bitten by the Breyer bug.  All I ever asked for at every birthday and Christmas were Breyer horses.  It didn’t take much more to make me happy.  I continued collecting Breyer horses until I reached the age of 18 and moved out of the house and started college.  At that time I took a very long break from collecting, but I still thought about getting more models and I still had all of my previous ones wrapped carefully and put away in storage. I valued each and every model and I wanted to collect them all. I would look through the little pamphlet in each box and check off the models I owned.  I remember thinking that I wish Breyer would not make so many models so I could collect them all!  It’s quite overwhelming even now when I think of all the different models, colors, clubs, limited editions, special runs and Breyerfest tent models and so on that are out there today in the year 2019.


Feverish pitch and we have more than 700 models!

When my daughter was about two years old, I decided to get back into collecting Breyer models again as a passion she and I could both share since we both love horses.  I unpacked all of my models in storage from when I was a kid and put them out on display in her room.  That was in 2002.  I had been out of collecting for 19 years!  However, since 2002, we have grown our collection to a feverish pitch and we have more than 700 models!  We like collecting customs, unicorns, unusual colors, Special runs, Limited editions, Web specials and anything different from the regular runs.

The real turning point in our love of collecting Breyer horses came in the year 2008 when we decided it was time to attend Breyerfest…and we haven’t missed since!  It is truly a very addicting hobby because it is so much fun.  It’s fun to see the next greatest model, the colors, the search for that elusive model you just must have.  Most of all it appeals to all ages and it brings many people together with a common love of horses.